A downloadable game for Windows, macOS, and Linux

Figment is an action-adventure game that invites you to explore a unique surreal universe filled with music, humor and multi layered narrative. Join Dusty and his ever-optimistic friend, Piper, on an adventure through the different sides of the mind seeking to restore the courage that's been lost.

A musical action-adventure set in the recesses of the human mind... Welcome to the world of Figment. A strange and surreal world; a place filled with our deepest thoughts, urges and memories, populated by the many voices we hear in our heads.

This mind has been quiet and calm for many years. But something has changed. New thoughts have started to emerge - taking the shape of nightmarish creatures who spread fear wherever they go. The only hope is for the grumpy Dusty, the mind's former voice of courage, to get back to his old self and help the mind to face its fears.

Join Dusty and his ever-optimistic friend, Piper, on an adventure through the different sides of the mind, solving puzzles to set things straight, beating back the nightmares and seeking to restore the courage that's been lost.

Experience how traditionally hand-painted brushstrokes come to life in a world filled with surreal art, colorful illustrations and charming characters. Experience the unique artstyles of the joyful Freedom Isles, the radiant Clockwork Town and the ominous Pathways.

In order to download this game you must purchase it at or above the minimum price of $19.99 USD. Your purchase comes with a Steam key. You will get access to the following files:

It is beautiful! It is so great in so many ways. It's sweet and challenging, it's moving, soothing.

Gameplay length was 5~ hours for me (mostly because most puzzles and cutscenes make you sit and wait for forever.) For the most part, I enjoyed it but all it really did was hurt me emotionally.  I mean, that’s an expected part of something confronting mental health issues, but the resolution didn’t exactly cheer me up and make everything better like I would’ve hoped for in an ending to a game like this either.  Can’t explain or it would be spoilers.  I liked a lot of things, but I did also have a few problems with the game.

I see it was mentioned before below, but having a character, even a ‘villain’ type character being the manifestation of fears of diseases and plague say ‘autism’ as one of the ‘diseases’ that you should be afraid of isn’t cool at all.  Autism is a classification of a spectrum of the way the mind works for some people.  It isn’t something you can ‘catch’ like a disease or the plague.  For a game centered around the brain, mental health, and ideas of how the mind might work, you’d really expect a little more respect for the neuro-nontypical.  It’s like saying ‘ADHD is a disease’ or ‘geniuses are the plague and to be feared because their brains work differently.’  I get that it’s a line in a song, but it’s off-putting, unnecessary, and also gives the wrong idea to people who might be uneducated on the subject.  Even if you argue that the characters have ‘differing opinions’ from the creator and are afraid of autism, that doesn’t mean you need to include a line like that in the game itself.  If you had included, say, a line about a specific race like it was a disease, you would have been completely canceled.  I find it comparable.  How people’s brains function is something you can’t change any more than a cultural background or skin color.  It’s certainly not a disease.

For the rest of the game- a few of cutscenes are broken, a lot of NPC character path tracing is broken and they won’t cross bridges and the like properly, there are vital clipping issues where you can accidentally get an enemy stuck on an object and no longer hit them- but they can shoot at you.  There are aesthetic clipping issues where your follower gets stuck on things sometimes too.  There are times you will also get stuck on objects but usually swinging your sword and rolling around a bit will unstick you.  Worst case, you can do a ‘soft restart’ through the menu, and it’ll send you to a checkpoint like you died.

The combat mechanics are very chill and there’s no real death penalty aside resetting to an invisible checkpoint immediately.  The music is very catchy and great in a lot of parts.  I appreciate the plethora of puns.  The puzzles are fun and easy.  The art is very creative and pretty.  It’s a good game for the most part, but it’s not exactly the most polished final product.  Far from flawless.  It also doesn’t really have any replayability imo.

Sorry for the essay lol

I downloaded this but it had no application to open/extract? I looked all over and ended up deleting it. Also there's no steam key but I heard it has one? Does one not get that in a bundle?

i got this game with a bundle and just got the time to try and play the game but when i open it all i get is a black screen like the games own cursor is there but it doesnt start.

It's really a masterpiece!!

This game is AMAZING i have never sat so long and enjoyed EVERY aspect of a game i personally would not cal myself a gamer however i do play loads of games primarily story driven, the music in this  was done so well all the characters were great and had very unique personalities i even enjoyed the nightmares, and the overall underlying themes that occurs in the mind is great to shed light on as well simply just great you guys have out done yourself and i am very please i don't think i have found a game yet i have enjoyed as much as i did yours.

Disappointed(
Expected something like Samorost, but it's nowhere near it.
Ultraannoying fights (especially on MacOS, where it collides with system key combinations), primitive mechanics, and relations between playable objects.

I enjoyed the game especially the art, the puzzles and the voice acting. The fact that it run natively on linux is icing on the cake.

Can this be played on an Android phone using Steam, or through an app like JoiPlay?

Games is very nice and sweet all around. Love the atmosphere and all the singing! I Great game, recommend very much and most of my issues is because my brain was not wired in the best way while playing so struggled on some places ^^

just bought this as part of the ukraine bundle, and uhm. was fighting plague for the last(?) time and in his song he referred to autism as a disease???

thats no good! please don't do that!

I mean, he is a bad guy, you're not supposed to agree with him. Sometimes creators take positions they (hopefully) don't hold and put them in the mouths of the baddies to make them... more bad

Thanks for the warning, that could have easily taken me aback a fair amount. (I am autistic haha)

Really enjoying the game, buy it keeps crashing at the Anchorage stage when I'm about to get the purple battery :( It's crashed about 5 times even after I restarted my computer. Any tips?

uhhh, I just purchased this and there's no Steam key.

Have you tried downloading the game yet? You can find your key by looking at the project's download page. Here's an itch.io guide for that: https://itch.io/t/67604/how-to-get-a-steam-key-from-your-itchio-purchase

If this doesn't work, this is a problem with itch.io. You should contact them directly.

Got it now, thanks.

Absolutely loved your game thank you so much! 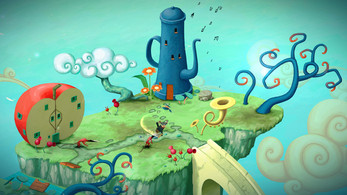 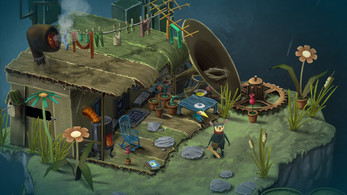 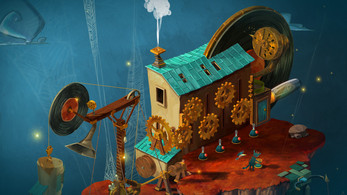 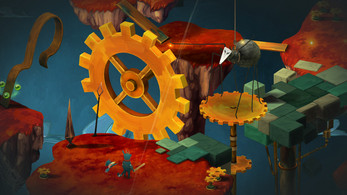 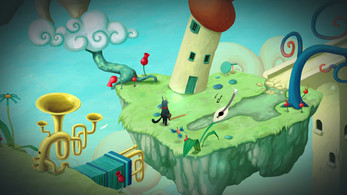